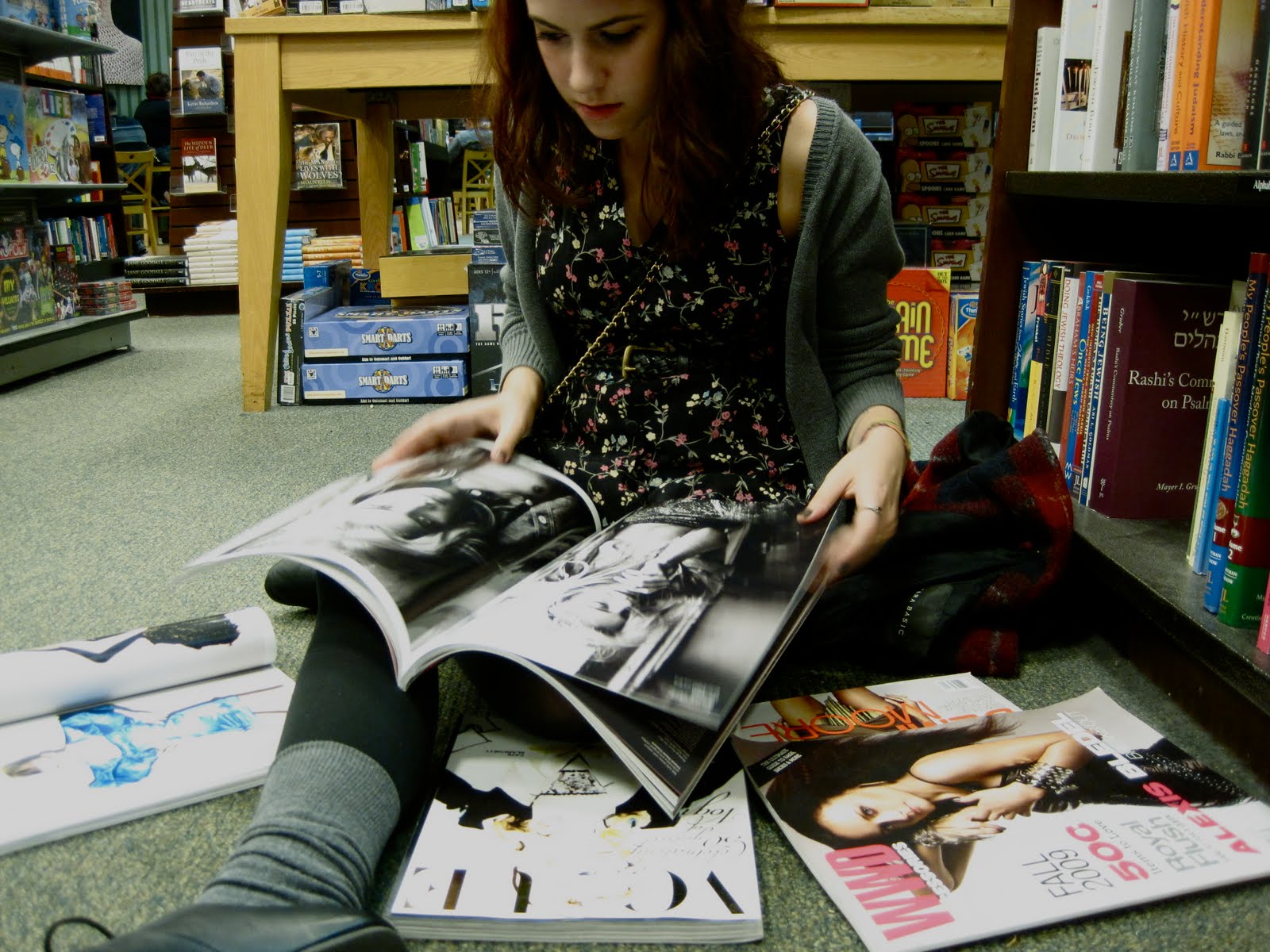 "A few weeks ago American journalist Noah Berlatsky set off a firestorm of controvery by defending highly eroticized fashion magazines. To build up his case, he claimed that homoerotic attraction between women was a “normal” component of female friendship in Victorian England.

"With a final brandish, he made a clarion call to revisit the question of feminine desire, shifting women from “the looked at” to the “looker” to make women feel powerful.

"How ignorant he is of real women.

The reason images in men's magazines often look like images in women's magazines is that, despite the different audiences, they are both doing more or less the same thing. They are making women sexual objects, and serving them up to satisfy, or more likely to provoke, the desires of their readers.

"Although in this case:

Women get to be in the position of power, looking at and consuming bodies displayed expressly for them.

"The article, which garnered hundreds of comments and thousands of shares, leaves much to be desired. For example, didn’t our feminist fore-mothers fight against such exploitation when they resisted patriarchal systems? Or perhaps women have bought into this flawed standard, eager to play with the boys.

"Either way, philosopher Immanuel Kant’s categorical imperative affirms that man is a rational creature that must never be used as a means to an end. Until very recently, we understood this, and a shroud of secrecy cloaked the objectification of women (there is a reason why X-rated videos were sold in paper bags and men hid Playboy under the bed.)

"The attempt to hide such practices alluded to a common societal standard that agreed upon the moral shortcomings of objectification.

"The result is harm, both for men and women who participate; the body becomes a tool to be utilized just to get or achieve something else: a pay raise, the front of the line, free drinks, a high-status significant other, pleasing your man.

"But self-loathing sets in when that “tool” - their appearance - fails to achieve (enter sad break-up music). Women feel “not good enough.”

"This is happening all around us. Women find themselves feeling inadequate and their perception of what is desirable narrows. Dr Susie Orbach noted in her comments to the revolutionary global 2004 Dove Real Beauty study, “When it comes to strictly physical attributes, the images of manufactured femininity are rejected as being too narrow, as inauthentic and as insufficient.” By ogling images that are devoid of life, personality, and all-too-predictably-one-note, women’s endless pursuit of an elusive standard winds up being, frankly, exhausting.

"Berlatsky said that society is far more accustomed to positioning women as “those looked at” instead of “the looker.” It is empowering for women to experience being “the looker” as the subject, not the object, he said. But, The Body Project at Bradley University found that 70 percent of women reported feeling depressed, guilty, and shameful after only three minutes of reading a fashion magazine. And the American Medical Association cited a large body of research linking eating disorders to media-propagated images, and called for the cessation of exposure to images portraying models with body types only attainable with the help of photo-editing software.

"What women truly desire is for magazines to spend less time telling them how they should be and more time celebrating who they are. To offer them more diverse, holistic options that portray the myriad of complexities that make up their lives. To offer a fresh standard of beauty that doesn’t disintegrate their lives or exploit their sexuality. To posit a more holistic standard for a thriving life beyond sex tips and “pleasing your guy.” That would make women feel truly empowered.

Ashley Crouch is the PR Manager and Contributing Editor of Verily Magazine. She lives in Manhattan.