She served her country well

Courage, kindness and conviction were the hallmarks of the Margaret Thatcher I knew. 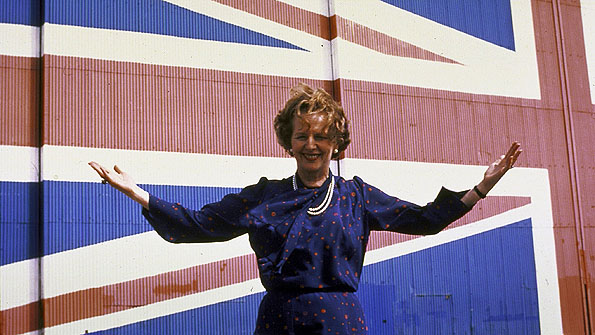 "By any measure Margaret Thatcher was a towering figure. She was a woman of deep beliefs: belief in Parliamentary democracy as understood in the tradition that she observed and inherited when she entered Parliament in the late 1950s, belief in the norms of marriage and family life as they had been lived for innumerable generations, belief in the Judeo-Christian moral code.

"She served as Prime Minister of Britain with courage. She restored morale to a nation which had become mired in political and economic muddle; she showed strong leadership during the Falklands War; and she played a major role in bringing freedom to Eastern Europe and putting an end to the Cold War.

"She was a kindly and pleasant woman who was good to work with. As part of my duties at the Conservative Research Department in 1978 and 1979, I produced reports for her and the Shadow Cabinet. Under her competent and confident leadership we felt energised.

"There was also drama and courage.  In 1979, as the election drew near, a bomb planted by an IRA splinter group exploded in Parliament’s underground car park. It killed Airey Neave, the World War II hero and MP who was one of Mrs Thatcher’s close colleagues and allies. As Prime Minister she narrowly escaped a similar fate. In 1984 an IRA bomb exploded at 2.54am in the Grand Hotel during the Conservative Party conference in Brighton. Five people were killed and 31 gravely wounded; part of Mrs Thatcher’s suite was destroyed. She delivered her speech, as scheduled, later that morning.

"Margaret Thatcher was first and only woman to serve as Britain’s Prime Minister, but extreme feminists could never bring themselves to honour her for this. She stood for things they disliked: she believed in traditional marriage, she loved Britain’s history; she was proud of her country’s achievements; she was a patriot; she admired military courage. But these women couldn’t even bring themselves to acknowledge the heights to which she had climbed. A grammar school girl whose father owned a grocer’s shop, she went to Oxford, became a research chemist, a barrister, a Member of Parliament, a shadow minister, a minister and finally the Prime Minister.

"However, millions of people in Britain and around the world appreciated her -- and I am among them.

"I admire not only her courage and her deep belief in human dignity (which was the basis of her opposition to Communism and her conviction about the right of Eastern Europeans to freedom), but also her genuine common sense and lack of pomposity or pride.

"I remember collecting tickets at the entrance to a Conservative party jamboree. It was a smart-dress affair in a big hotel. In due course Mrs T. and her husband Dennis arrived. As they came through the door she asked him, “Have you got the tickets?” Did she really think that they wouldn’t be allowed in unless she could present her ticket to me? She was the Prime Minister!

"She was an inspiring speaker, a dedicated and conscientious public servant, and a genuine patriot. History will honour her as a woman who served her country and the cause of freedom. She has Britain’s gratitude for her dedication and for her achievements. I salute the memory of Margaret Thatcher."